●Guru Gobind Singh: (5 January 1666 – 7 October 1708)•He was born at Patna, Bihar. His birthday sometimes falls either in December or January or even both months in the Gregorian calendar. (The annual celebration of the Guru’s birthday is based on the Nanakshahi calendar.)•The birth anniversary of Guru Gobind Singh was celebrated on January 2nd this year.•As we know, He was the 10th Sikh guru [He became the Sikh guru at the age of nine(9!)]•He named Guru Granth Sahib, the religious text of the Khalsas and the Sikhs, as the next Guru of the two communities.●Saansad Adarsh Gram Yojana:(Launched in 2014)•It is a village development project under which each Member of Parliament will take the responsibility of developing physical and institutional infrastructure in three villages by 2019.•The planning process in each village will be a participatory exercise coordinated by the District Collector. [The MP will play an active facilitating role in this exercise.]•Adoption and adaptation of technology and introduction of innovations are critical to this programme[Since the launch of the scheme, only 1,753 gram panchayats have been selected across four phases, way below the expected figure.(There are about 250,000 gram panchayats in India)]●Political Parties Registration Tracking Management System•It is a new online tracking system for political parties launched recently by the Election Commission of India•It will allow them to track their registration applications submitted to the poll panel on a real-time basis.•It will apply for parties registering from January 1, 2020.•Registration of Political parties is governed by the provisions of Section 29A of the Representation of the People Act, 1951●Agreement on Prohibition of Attacks against Nuclear Installations and Facilities:Also referred to as the Non-Nuclear Aggression Agreement•Both India and Pakistan have exchanged their list of nuclear installations.•The exchange is done each year on January 1, under the Agreement on the Prohibition of Attack against Nuclear Installations and Facilities•The agreement, which was signed on December 31, 1988, and entered into force on January 27, 1991●Supreme Court bats against transfer of community resources•The judgment came on a plea against the transfer of village ponds’ sites of Saini Village in the National Capital Region to some private industrialists by the Greater Noida Industrial Development Authority.(UP)•Protection of such village commons is essential to safeguard the fundamental right guaranteed by Article 21 of our Constitution.•There is no guarantee that the adverse effect of destroying the existing water body would be offset and people would be compelled to travel miles to access the alternative site.●Gaganyaan mission•The ISRO Chairman announced in a press briefing that four astronauts have been selected for the country’s first manned mission to space, called Gaganyaan•ISRO aims to launch its maiden Human Space Mission, Gaganyaan before the 75th anniversary of India’s independence in 2022.•Gaganyaan Mission is expected will source nearly 60% of its equipment from the Indian private sector•India will be the fourth country to launch human space mission•Despite the training, behavioural issues may crop up due to isolation leading to depression, fatigue, sleep disorders and psychiatric disorders( for astronauts)●Mani app:•RBI launches mobile app MANI for visually challenged to identify currency notes.•The application also works offline once installed.•The application can scan the currency notes using the camera of the mobile phone.•It also gives audio output in Hindi and English.【Ye to download karke dekhana padega:)●Senna Spectabilis: Hide — uploads.disquscdn.com 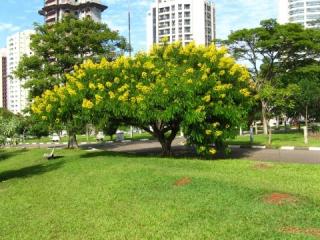 •It is a deciduous tree native to tropical areas of America.•It grows up to 15 to 20 metres in a short period of time and distributes thousands of seeds after flowering.•It is an invasive species•It is categorised as ‘Least Concern’ under IUCN Red List.•The Kerala Government is planning to arrest the rampant growth of Senna spectabilis, in the forest areas of the Nilgiri Biosphere Reserve (NBR), including the Wayanad Wildlife Sanctuary●Sangita Kalanidhi award:•S.Sowmya (Carnatic Singer) has been conferred with Sangita Kalanidhi Award.•Sangita Kalanidhi Award was instituted by the Music Academy, Chennai.•It is the title awarded yearly to a Carnatic Musician.