●Savitribai Phule (3 January 1831 – 10 March 1897)•She was an Indian social reformer, educationalist, and poet from Maharashtra.•She is regarded as the first female teacher of India•She is regarded as the mother of Indian feminism•She and her husband (Jyotirao Phule) founded the first Indian girls’ school in Pune, at Bhide wada in 1848•She worked to abolish the discrimination and unfair treatment of people based on caste and gender•Birth anniversary of Indian Social Reformer Savitribhai Phule is observed on January 3【We need more version of Savitribai Phule Ma’am in this 21st century(Ghor kalyug 🙂!】●Lord Curzon•The time of his governorship (1899-1905), was the formative phase of Indian national movement•He looked at Indians with contempt and insulted and injured their feelings. He described Bengalis as cowards, windbags, impracticable talkers and mere frothy patriots. [He even refused to meet to president of Indian national congress]•The biggest blunder he committed was the partition of Bengal. Although it was a political masterstroke to break growing Indian nationalism among Bengalis, it proved disastrous for British in longer term•he instituted in 1902, a Universities Commission[ & the Indian Universities Act of 1904, which brought all the universities in India under the control of the government]【Governor(West Bengal) Jagdeep Dhankhar(BJP’s politician) has described as “iconic” a table that had apparently been used by Lord Curzon to sign Bengal’s 1905 Partition papers: Gets Trolled Hide — uploads.disquscdn.com 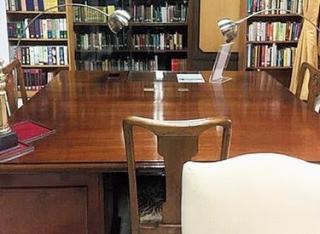 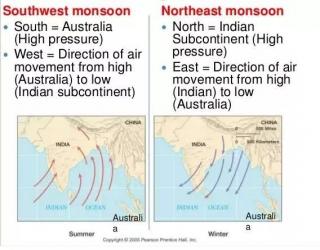 •The India Meteorological Department (IMD) recognises October to December as the time for the northeast monsoon•The Northeast monsoon derives its name from the direction in which it travels — from the northeast to the southwest.•The northeast monsoon brings rain to just five of the 36 meteorological divisions in the country — Tamil Nadu (which includes Puducherry), Kerala, Coastal Andhra Pradesh, Rayalaseema and South Interior Karnataka.•Rayalaseema🕵️ It is a geographic region in the Indian state of Andhra Pradesh. (It comprises four southern districts of the state namely, Anantapur, Chittoor, Kadapa and Kurnool)●What is a privilege motion•It’s concerned with the”breach of parliamentary privilege by a minister”•Motion can moved by any member of either House against those being held guilty of breach of privilege•privileges committee(LS↪15 &RS↪10 members)•Rule No 222 in Chapter 20 of the Lok Sabha Rule Book and correspondingly Rule 187 in Chapter 16 of the Rajya Sabha rulebook governs privilege【Rajya Sabha member has filed a petition with the Chairman of the House seeking to initiate breach of privileges and contempt proceedings against the Chief Minister of Kerala after the Kerala Assembly passed a resolution against CAA,2019】●Kalapani Territory•In the latest map, India included Kalapani into the Pithoragarh district of Uttarakhand [after revoking the special status of Kashmir on August 5]•Nepal government says that Kalapani is an integral part of the country and that talks are still on between New Delhi and Kathmandu over this “unresolved” area.•Nepal and India are planning to resolve the Kalapani border issue through dialogue.◽Genesis of the dispute:•Under the treaty of Sugauli signed between Nepal and the British East India Company in 1816, the Kali River was located as Nepal’s western boundary with India.•It, however, made no mention of a ridgeline and subsequent maps of the areas drawn by British surveyors showed the source of the Kali river at different places.(This discrepancy has led to the boundary disputes between India and Nepal)【Yaar ye British bhi na!😁!】●107th Indian Science Congress: being held at the University of Agricultural Sciences (UAS) in Bengaluru, Karnataka•It is organised by the Indian Science Congress Association every year in the first week of January•The Indian Science Congress Association was started in the year 1914 in Kolkata and has a membership of more than 30,000 scientists.•To advance and promote the cause of science in India•Theme:“Science & Technology: Rural Development”●MiG-27: ( Manufacturer : Mikoyan-Gurevich)•On December 27, the Indian Air Force retired its fleet of MiG-27s.•Commissioned into the Indian Air Force in 1985.•It was due to the jet’s heroics during the Kargil war that the aircraft earned the nickname “bahadur” from Air Force pilots.•It is a single-engine, single-seater tactical strike fighter aircraft.•Cost= $3.67 Million●Year of the Nurse and the Midwife 2020•The World Health Assembly has designated 2020 the International Year of the Nurse and the Midwife•Currently, there are 22 million nurses and two million midwives(दाई) worldwide.•The world will need an additional nine million nurses and midwives to achieve the commitment of providing all people with access to health care by 2030, the World Health Organization (WHO) has warned