●Neutrinos.•Neutrinos are the second most widely occurring particle in the universe, only second to photons, the particle which makes up light.•In fact, neutrinos are so abundant among us that every second, there are more than 100 trillion of them passing right through each of us — we never even notice them【Sachi😊!】•Neutrinos hold the key to several important and fundamental questions on the origin of the Universe and the energy production in stars.•They help in detailed investigation of the structure of the Earth from core onwards.
●Asian Elephant Specialist Group (AsESG).•The Asian Elephant Specialist Group (AsESG) is an integral part of the Species Survival Commission (SSC) of the international Union for Conservation of Nature (IUCN).•The AsESG provides scientifically-grounded evidence of the abundance, distributions, and demographic status of Asian elephant populations.•Gajah is the bi-annual journal of the IUCN/SSC Asian Elephant Specialist Group (AsESG)●Neutrino Observatory (INO) Project.•India-based Neutrino Observatory (INO) is a particle physics research project under construction to primarily study atmospheric neutrinos in a deep cave under INO Peak near Theni in Tamil Nadu.•It is a mega-science project jointly funded by the Department of Atomic Energy (DAE) and the Department of Science and Technology (DST).●6th Indian Ocean Dialogue and Delhi Dialogue XI: held at the Pravasi Bharatiya Kendra in New Delhi.•For the first time, Indian Ocean Dialogue and Delhi Dialogue XI was held consecutively and on similar Indo-Pacific themes.•The theme for Indian Ocean Dialogue “Indo-Pacific: Re-imagining the Indian Ocean through an Expanded Geography”.
•The theme for Delhi Dialogue “Advancing Partnership in Indo-Pacific”,●Serengeti National Park: located in Tanzania Hide — uploads.disquscdn.com 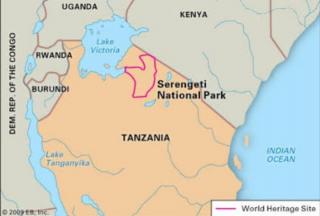